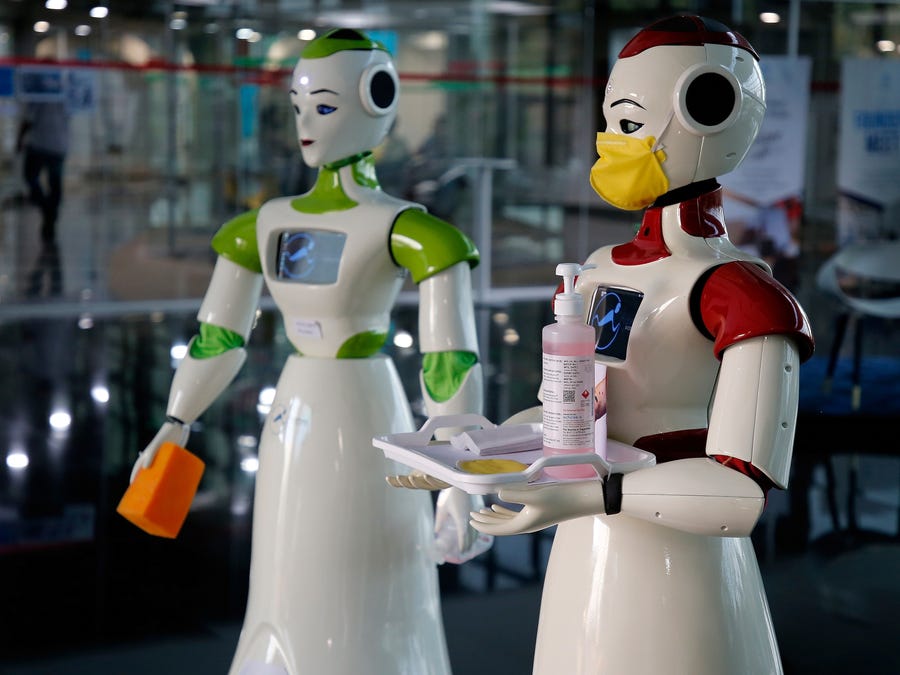 We all love sci-fi movies and it becomes even better if it’s robot centric. Movies like the terminator, transformers, and the matrix are evergreen and all-time favourites! Just thinking that machines will be as intelligent as, or even more intelligent than humans is very fascinating. It’s just that this is not a mere thought anymore.

We are in a digital age, and currently we are witnessing some major breakthroughs in the field of robotics. Now, when I say robots, I’m not referring to giant human like machines armed with guns and grenades willing to destroy the world. It’s funny how media and movies shape our perception of things around us. Robots are rather humble machines which have had a huge impact on our current social and financial scenario. But before seeing what robots have actually done to humans or more clearly, done for humans, we’ll need to understand what robots really are.

“A robot is a machine—especially one programmable by a computer— capable of carrying out a complex series of actions automatically. Robots can be guided by an external control device or the control may be embedded within”.  This is the official definition of a robot on Wikipedia. It is like any other computer programmable machine that we use in our daily lives to carry out certain chores and activities. Technically, a computer programmable, completely automatic washing machine is a very good and reasonable example of a robot.

Recently ‘Machine Intelligence’ has become so powerful that I am now convinced that it is no longer science fiction but something that will change our lives very soon. New inventions are coming into light very frequently. Countries like Singapore, South Korea, and Japan have already started using robots in various professional sectors. Robots are being used to deliver packages, attend customers on reception in a shop, and even run hotels! But when we are talking the use of robots on such a large scale, it is vital to consider the impact of such technology on the country’s economic and social scenario.

There have been both, negative and positive impacts of robotics on the society and economy. Let us consider Singapore’s example. The country has shifted most of its manufacturing sector in the hands of robots. Machines are responsible for doing maximum or most of the work in the sector. In manufacturing, advanced robotics are helping Singapore move up the value chain, free-up resources and enable workers to take on more productive and complex jobs. Manufacturing currently accounts for nearly one fifth of Singapore’s GDP, which is a very big deal. Moreover, the recent rise of robot operated hotels is responsible for attracting more and more tourists from different countries around the world. Thus, robotics has clearly helped the country on the economic front.

As for the social scenario, things have not been so great. People are afraid that rise of robots and automation will snatch jobs from the human hands. And it is evident through various researches that it is true. As more and more sectors are moving forward in the direction of automation, the people working in the manufacturing sector are losing their jobs because what was previously done by 100-200 humans is now performed by 8-10 robots in the same or even less amount of time with way more precision. But researchers say that this crisis is temporary.

No matter how powerful or accurate a machine is there will always be a human at the very base, operating and designing it. So, a shift to automation will only change the nature of the jobs. Now, people will have to focus on studying machines and learning how to operate them. Old jobs will perish but new jobs will be created in turn which will require a different kind of skill and knowledge.

Sorry to say, but if you are a fan of the “robots taking over the world” fantasy then I’m afraid you’ll be disappointed. But anyways, the role and impact of robots on the human society and country’s economy cannot be neglected. It is an inevitable future coming towards us and we must be ready for it.